You can download the sample Marketing essay on Advantages and Disadvantages of Social Networking with the following question for free at the end of this page. For further assistance in Marketing Assignment help, please check our offerings in Marketing assignment solutions. Our subject-matter experts provide online assignment help to Marketing students from across the world and deliver plagiarism free solution with free Turnitin report with every solution.

(AssignmentEssayHelp does not recommend anyone to use this sample as their own work.)

What are the Advantages and Disadvantages of Social Networking?

Marketing Assignment Solution on Advantages and Disadvantages of Social Networking

Social networking sites are web-based services wherein users can create a profile for themselves, create connections with others with whom they would like to stay in touch or share interests and activities. C.W.Leadbeater in his book 'We Think: The Power of Mass Creativity', mentions “You are what you share.” thereby, stressing upon the impact of social networking on the real world relationships and values. A typical list of social networking sites would include community-based sites, discussion forums, or other forms of chat rooms. Whether it is a novice or a social network addict, it would be worthwhile for all to understand the advantages and disadvantages of social networking websites. Some of the most commonly used sites today are Facebook, LinkedIn, Twitter, Myspace, etc.

There are several advantages of social networking websites, as described below.

The social networking sites also carry some inherent disadvantages. Some of the most common disadvantages are described below. 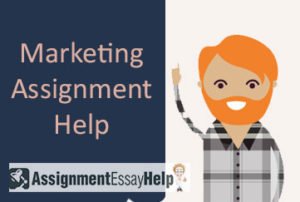 Being a devout academician Audrey has published research papers in many academic journals. Audrey has completed over 2000+ assignments dabbling in subjects like Teaching , Academics , Sociology and Psychology.